So you might have heard about this news that Snapchat is growing faster than Facebook and other social medias and just for making Snapchat more interesting we’ve brought some new amazing snapchat tricks which will change the way you use Snapchat, so let’s get started.

Downloading links are available in the bottom of the post !!! 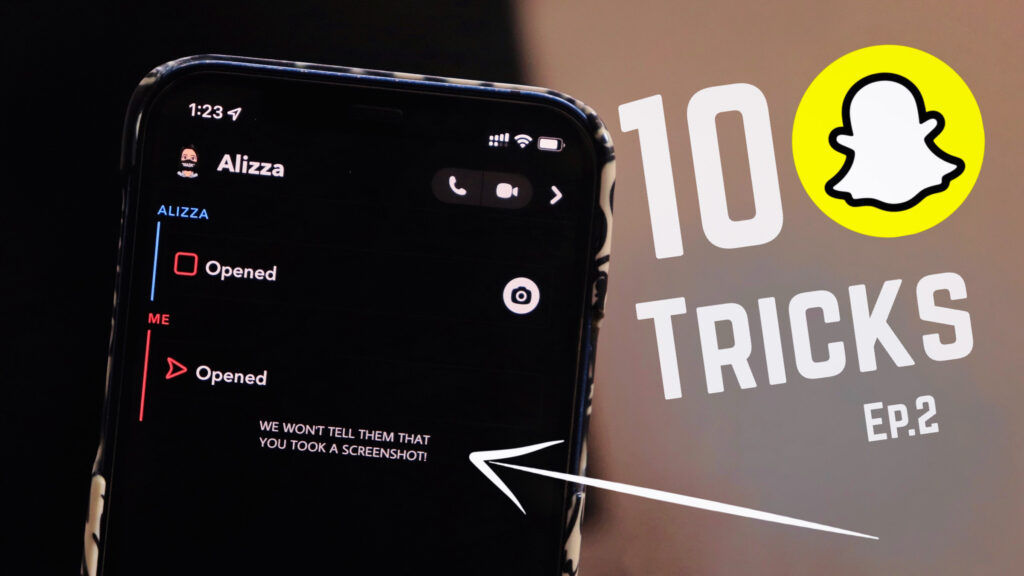 1.) The first trick it’s about, applying a snapchat filter later on a clicked snap or any image from camera roll. As we know we’ve to first select a filter on snap camera then only we can click a snap using that lens but incase if you missed selecting a filter then after clicking the snap there’ll you’ll see an option with search icon… just click on that and search for the lens you want to apply and this works with camera roll and your snapchat memories too.

2.) Coming to the second trick, it’s about using snapchat for detecting the music being played in the background, now after this you can save some space on your phone by uninstalling shazam app. So for this go to snap camera, tap and hold anywhere on the screen and then you’ll see an option named ‘discover a song’, click on that and it will recognise the name of music being played nearby, by the way it’s also based on shazam’s API…

3.) Now there’s a trick by which you can increase your snap score to as much you but there’s a T&C that this operation can only be performed on an android phone. So you’ll need to download older version of snapchat app from the link given below and after installing the app, subscribe to few channels or send request to some random users, then click 10 snaps by using the multi snap option and send to all of them, continue this process until and unless you’re not satisfied with your snap score.

4.) The fourth thing is a new update which Snapchat brought two months ago and by this now you can change your Snapchat username once every year, for this go to settings and then username section and then enter your new username. Earlier Snapchat username was not changeable.

5.) Now moving to the next trick, we can search for some particular snaps from our snapchat memories by just searching for the date, month or maybe the location of that snap.

6.) Now coming to the sixth trick if you want to make your home-screen of your phone a little interesting then you can add some snapchat widget onto your screen. Widgets for snapchat is available for IOS as well as android and for setting them up just click n hold on your phone’s screen and then add the widget.

7.) This trick is for making some unique snaps basically for maintaining streaks like if you got nothing special for a snap and instead of sending those blank and timer snaps you can make amazing snaps by drawing emojis in a creative way, for this just click on the pencil icon and then click on the emoji and then select one emoji from the list, after that draw anything onto the snap and that’s all.

8.) This trick is about forming a group on snapchat, yes it’s similar to the group we make on WhatsApp or Instagram. But a lot of users are unaware of this feature, so for making a group on Snapchat click on the blue icon, then select the members and your group will be formed.

9.) The ninth trick is about finding a plant using Snapchat’s camera, for this click and hold on the Snapchat’s camera and then select the option of identify a plant and the results are mostly accurate.

10.) Now if you and your partner want to have a same outfit on Snapchat then you can make it simple for him / her by sharing your outfit directly to the person. For this go to your profile and then click on the cover picture and there’ll you’ll see an option to share outfit, just click on that and then you can sent it to anyone you want.

11.) The last and the bonus trick is about taking screenshots anonymously without letting the person know about it. Sorry to say, but this is only possible for android users, so first open snapchat app and make sure the snap is loaded and it’s ready to view. After that turn on airplane mode and then open the snap and take the screenshot, just after that open settings then go in apps then snapchat and then click on force stop, after that you can turn off airplane mode and by this the person won’t be notified about the taken screenshot.

For compensation there’s something what IOS users have got not the android users and that is the dark mode of snapchat, you can enable this by going into snapchat settings then appearance then dark mode.