PS 5 or PlayStation 5 launch is announced officially by Sony. The device and the console doesn’t look much different from PS4 but the built and the specifications are new and much better. The device is expected to be released till October or December. 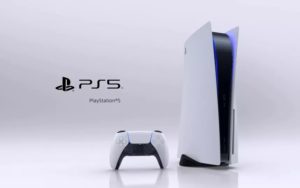 PlayStation 5 will come with a ultra-high speed SSD which will make the games run smoother. AMD Zen 2-based CPU with 8 cores at 3.5GHz, 16GB of GDDR6 memory and a custom RDNA 2 AMD GPU that puts out 10.28 TFLOPs of processing power. With this immense power no game would lag or stutter unless its a network issue or some power issue. It will also have an in-built 4K-BluRay player and also will be compatible with all games which could be played on PS4. 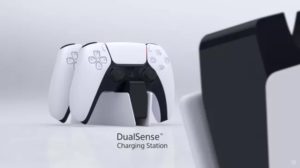 It will be a DualSense controller, with the same color pattern of the PlayStation 5 console. PlayStation haven’t yet revealed it’s specifications but from the pictures, I have a wild guess that the controller might be the same as the olden, because there’s no such visible difference. But I’m not fully sure!

PlayStation revealed the launch of Horizon Zero Dawn sequel, Horizon Forbidden West, ‘expanded and enhanced’ version of Grand Theft Auto 5 for PS5, SpiderMan – Miles Morales and also other games from God Of War and Last Of Us will be available and compatible for the PS5. The long-rumoured Demon’s Soul PS5 remake was also confirmed, for those who like their RPG’s with a side of masochism. And the Resident Evil franchise will be making another first-person outing, with the mainline series getting a new sequel: Resident Evil 8: Village looks like it will be taking a journey back to the creepy European climes that terrified in the classic Resident Evil 4.

Sony haven’t confirmed or revealed the pricing yet, but as per many analysts the price will be around 699$, which is decent and also not high priced as always. In India, the approximate pricing will be around ₹52,000 – ₹57,000. But PlayStation 4’s sales are higher so PlayStation 5’s pricing might be quite less in India compared to outside.