Among Us New Sequel Got Cancelled! Most Played Game In 2020!

Among Us New Sequel Got Cancelled!

Among Us, a game which is played by almost every gamer in this world got so much clout in this pandemic era that they had to cancel the sequel. Every Indian streamer played this game, they being the influencer the audience played the game as well.

What Is Among Us?

Among Us is basically a game playable on a Windows/Android device (it supports cross platform playing) in which there are maximum 10 people and 1/2/3 impostors who have to kill the crewmates to win and the crewmates have to vote-kick the impostors with valid reasons to win or they have to complete the tasks to achieve victory.

Play online or over local WiFi with 4-10 players as you attempt to prep your spaceship for departure, but beware as one will be an impostor bent on killing everyone!

Crewmates can win by completing all tasks or discovering and voting the impostor off the ship.

The Impostor can use sabotage to cause chaos, making for easier kills and better alibis. 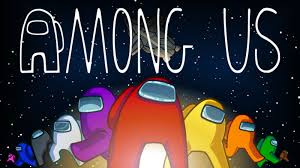 Updates By The Developers

Recently the game servers were bugged and then the Developer Team fixed the bug with an update, now they are looking forward to even fix more such small bugs people encounter.

“ALL OF THE CONTENT WE HAD PLANNED FOR AMONG US 2 WILL INSTEAD GO INTO AMONG US 1.” – InnerSloth

1 thought on “Among Us New Sequel Got Cancelled! Most Played Game In 2020!”