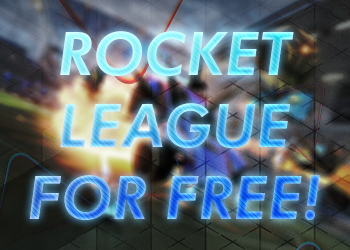 Described as “soccer, but with rocket-powered cars”, Rocket League has up to eight players assigned to each of the two teams, using rocket-powered vehicles to hit a ball into their opponent’s goal and score points over the course of a match. The game includes single-player and multiplayer modes which can be played both locally and online, including cross-platform play between all versions. Later updates for the game enabled the ability to modify core rules and added new game modes, including ones based on ice hockey and basketball.

Rocket League is a sequel to Psyonix’s Supersonic Acrobatic Rocket-Powered Battle-Cars, a 2008 video game for the PlayStation 3. Battle-Cars received mixed reviews and was not a success, but gained a loyal fan base. Psyonix continued to support themselves through contract development work for other studios while looking to develop a sequel. Psyonix began formal development of Rocket League around 2013, refining the gameplay from Battle-Cars to address criticism and fan input. Psyonix also recognized their lack of marketing from Battle-Cars and engaged in both social media and promotions to market the game, including offering the game for free for PlayStation Plus members on release.

How To Download And Play Rocket League For Free?

Open Epic Games Launcher and search for Rocket League and click on install.

Also Read – Among Us New Sequel Got Cancelled