Future Of eSports In India

eSports is a career related to the Gaming genre, which recently is growing real fast because of the Covid 19 Lockdown all over the world. People now know what Gaming and eSports actually mean. eSports can now be considered as a full-time career like sports. Many countries have officially approved gaming as a career however it is not yet applicable in India but the Government is trying to generate various online jobs for students good at the Gaming and eSports scene.

Yes, the whole gaming scene is somewhat affected because of the PUBG Mobile ban because most of the Indian Gaming Community was filled with Mobile Gamers who played PUBG Mobile and made a living with it by streaming, making videos, playing tournaments, getting sponsored by teams and many more sources. Although PUBG is banned the rest of the community is not much affected in the ill way rather they’ve received a boost because the PUBG audience is trying to move towards a better and mature field of esports, also streamers like Mortal, sc0ut, Jonathon and many more influencers are trying out different games which they find enjoyable for their audience.

Games Which Have More Potential Than PUBG Mobile

The recently launched game “Fall Guys” is a game which has got the most audience right now. The “Fall Guys” community is now moving forward to conducting tournament, so this game also has a great future. Valorant is another great game with more potential than PUBG Mobile. Valorant is a game playable without even a beast or powerful gaming PC. It is played by many streamers right now and many officially accompanied tournaments are being conducted by organizations and teams. CS:GO a invincible and respected game in the gaming community also has great potential. ESL the best organization in the scene, they conduct CS:GO, PUBG Mobile, FIFA,Clash Of Clans and many more.

Gaming, the growing community in India has many opportunities in the practical life, their are jobs and career options. These career options may not be as recognised as they’re outside but these have a great future. The careers include Casters and Analysers for streams, Coaches for teams, Content Creator for creating enjoyable content for audience, Social Media Managers, Production Team, Event Managers and Professional Players. There are more options, you can be a Game Developer, Producer, Graphic Designer, Video Creator for Trailers and Game Tester. 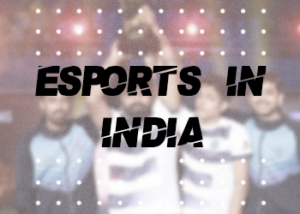 Currently the Gaming community has blown up a lot because PUBG Mobile and it will keep blowing up in future as Game Creators are now targeting more and more Indian audience by sponsoring content creators and streamers. The PUBG Mobile community had many teams which had represented India in the World Leagues, like SouL, 8Bit, Orange Rock, SynerGE, MegaStars, these teams also have their own bootcamps where they grind, practice and live. Celtz and Entity, famous Indian teams are sponsored by foreign teams, Celtz is sponsored by GalaxyRacers and Entity by TeamSoloMid. Fnatic a team which has an Indian PUBG Mobile line up is also a great performing team!

Wrapping up, the Gaming Community has many more things to go through, they might be good or bad for them. We will go through everything and get what we deserve as a community.