Steam is a video game digital distribution service by Valve. It was launched as a standalone software client in September 2003 as a way for Valve to provide automatic updates for their games, and expanded to include games from third-party publishers.

Steam is a social gaming website where you can buy games, play games, discuss games. It is like a gamer’s paradise. Kids love steam.Not only they can play games with others, they can chat with them too.

Learn about new games, play demos plus there is more, Steam comes with Parental Control called “Steam Family View”. It seems a pretty good platform but watch out for Mature Games, Download Costs. 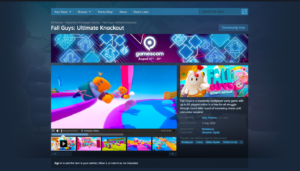 InterFace Of STEAM.
Steam is a cloud-based gaming library. One of its most popular features is the ability for users to use any computer to play games they buy/download to their Steam accounts. This also allows users to store a large collection of games without using too much computer memory.

Steam itself is free to use, and free to download. Here’s how to get Steam, and start finding your own favorite games. There is no monthly subscription with steam, you only pay when you buy games from the service. There isn’t any subscription. Most of the games are not free, though.

How Do Steam Games Work?

The Steam client includes a digital storefront called the Steam Store through which users can purchase computer games. Once the game is bought, a software license is permanently attached to the user’s Steam account, allowing them to download the software on any compatible device.

Do I own my games on steam?

You do not own your games. Whether bought through Steam, Origin, or any other digital download service that requires a live account to play them, you are at best renting those games, with no guarantee that you’ll be able to continue to do so.

SteamVR is a virtual reality hardware and software platform developed by Valve, with a focus on allowing “room-scale” experiences using positional tracking base stations, as opposed to those requiring the player to stay in a singular location. SteamVR was first introduced for the Oculus Rift headset in 2014, and later expanded to support other virtual reality headsets, such as the HTC Vive and Valve Index.Though released for support on Windows, macOS, and Linux, Valve dropped macOS support for SteamVR in May 2020.

How Do I Get Steam Games For Free?

for legit way , there isn’t any way to get free game from steam. if you download any crack game your system may be infected by virus. but you can get game for nearly one fourth of your money which i found on youtube. this method will be safer way then other shady websites. here are 2 video link i provided first link is method done on pc and second method is on android both this method is for buying steam games for computer

for android : by using steam mobile app and vpn that have servers of country with cheap games.

There are 2 websites i have comeup with which is legit,free and cool. 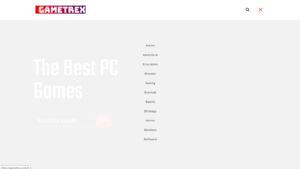 The Above pictures are the interferance of the above websites shown to get Steam games for free.

Tap Start Playing on the left once you’re satisfied with your connection, and navigate to your Steam Library using the toolbar at the top of the resulting page. Then, simply select the game you’d like to stream on your Android device and tap Play at the top!

This is the most legit way to get games of Steam for free. These Websites are not fake at all. This was you can easily get paid games for free.