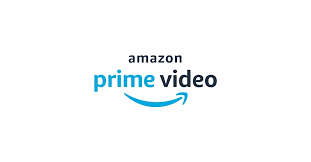 Prime Video, also marketed as Amazon Prime Video, is an American Internet video on demand service that is developed, owned, and operated by Amazon.

Launched on September 7, 2006 as Amazon Unbox in the United States, the service grew with its expanding library, and added the Prime Video membership with the development of Prime. It was then renamed as Amazon Instant Video on Demand. After acquiring the local streaming and DVD-by-mail service LoveFilm in 2011, Prime Video was added to Prime in the United Kingdom, Germany and Austria in 2014.

In the UK, Germany, and Austria, Prime Video has been available on a monthly subscription of £5.99 or €7.99 per month, continuing the plan of LoveFilm Instant. The service was previously available in Norway, Denmark and Sweden in 2012, but was discontinued in 2013. On April 18, 2016, Amazon split Prime Video from Amazon Prime in the US for $8.99 per month. The service also hosts Amazon Original content alongside titles on Video as well.

On December 14, 2016, Prime Video launched worldwide (except for Mainland China, Cuba, Iran, North Korea, Syria) expanding its reach beyond the US, the UK, Germany, Austria, and Japan.

Among the new territories, the service was included with Prime in Belgium, Canada, France, India, Ireland, Italy, Spain, Poland, and Brazil, while for all other countries, it was made available for a monthly promotional price of $/€2.99 per month for the first six months and $/€5.99 per month thereafter.

Amazon Prime is a paid subscription program from Amazon that gives users access to additional services otherwise unavailable or available at a premium to regular Amazon customers. Services include same, one or two-day delivery and streaming music and video. In January 2020, Amazon reported that Prime had more than 150 million subscribers worldwide.

Amazon India has seen its Prime service subscribers double over the past 18 months with over half of new members residing in more rural locations.

Amazon Prime is a paid subscription service where Amazon customers have access to services such as discounts, free two-day delivery, and streaming services among other features. Members get early access to deals on fashion and beauty among other product categories.

Amazon will hold its annual global Prime Day 48-hour sale event from July 15 to 16 this year and the promotional event will include several India-specific deals. Amazon is also currently expanding its Amazon Pay services in India.

The service debuted on September 7, 2006 as Amazon Unbox in the United States. On September 4, 2008, the service was renamed Amazon Video on Demand.As of August 2014 the service is no longer available for downloading purchased instant videos. On February 22, 2011, the service rebranded as Amazon Instant Video and added access to 5,000 movies and TV shows for Amazon Prime members. On September 4, 2012, Amazon signed a deal with pay-TV channel Epix to feature movies on their streaming service, in a move to rival their competitor Netflix. Additionally, in November 2013, Amazon premiered the comedies Alpha House and Betas, which are original series available exclusively online via the Prime Instant Video service. Amazon offered the first three episodes of both series at once for free, with each subsequent episode released weekly thereafter for Prime members.

In February 2014, Amazon announced that the streaming service of its UK subsidiary LoveFilm would be folded into the Instant Video service on February 26, 2014. In January 2015, Transparent became the first show produced by Amazon Studios to win a major award and the first series from a streaming video service to win the Golden Globe Award for Best Television Series – Musical or Comedy.

In 2015, Amazon launched the Streaming Partners Program (now known as Amazon Channels), a platform allowing subscription-based third-party channels and streaming services to be offered to Amazon Prime subscribers through the Amazon Video platform. These services are separate from the Amazon Video offering, and must be purchased separately. The original launch in the U.S. included services such as Curiosity Stream, Lifetime Movie Club, AMC’s Shudder, Showtime, Starz, and others. The service subsequently added other partners, such as HBO and Cinemax, Fandor, PBS Kids, Seeso, Toku and Boomerang.

On July 30, 2015, Amazon announced that they had hired Jeremy Clarkson, Richard Hammond, and James May to produce an untitled motoring show for Amazon Prime Video that would later be named The Grand Tour. Neither Jeff Bezos nor Amazon.com had stated how much Clarkson, Hammond, or May are being paid to produce the programme via their production company W. Chump & Sons, but Jeff Bezos stated that the deal was “very expensive, but worth it”. The budget for the show has not officially been announced, but Andy Wilman, the former executive producer of Top Gear stated that each episode would have a budget of around £4.5 million, nine times larger than Top Gear’s budget. Also in July, Amazon announced plans to expand the service into India.

In September 2015 the word “Instant” was dropped from its title in the US, and it was renamed simply Amazon Video. In November 2016, the Wall Street Journal reported that Amazon was pursuing streaming rights to U.S. professional sports leagues to further differentiate the service.

Amazon announced in November 2016 that it planned to stream The Grand Tour globally, which led to speculation over whether the full Prime Video service would begin a wider international rollout to compete with Netflix. On December 14, 2016, Prime Video expanded into 200 additional countries.

In January 2017, Amazon announced Anime Strike, an anime focused Amazon Channels service. In May 2017, Amazon Channels expanded into Germany and the UK; in the UK, the company reached deals to offer channels from Discovery Communications (including Eurosport), and live/on-demand content from ITV.

In April 2017, Amazon began to make sports-related content acquisitions, first acquiring non-exclusive rights to stream portions of the NFL’s Thursday Night Football games during the 2017 NFL season to Prime subscribers in a $50 million deal, replacing a previous deal with Twitter. In August, Amazon acquired the British television rights to the ATP World Tour beginning 2019, replacing Sky Sports. The deal will run until 2023 and will exclusively show all masters 1000 events and 12 500 and 250 series tournaments. Amazon will be the third party pay TV provider for the ATP finals and starting in 2018 for Queens Club and Eastbourne tournaments. The ATP announced a two-year deal in September for Amazon to stream the Next Generation ATP Finals. In November it was announced that Amazon had acquired the British television rights to the US Open for five years from the 2018 edition, for a reported £30 million. Eurosport who owned the pan European rights extended their deal with the US Open but excluded the UK, which was ironic as Amazon had reached a deal with the broadcaster to stream their channels on their station.The ATP additionally announced that Amazon in the US would screen the tennis channel, Tennis TV from 2018.

On January 5, 2018, Amazon announced that Anime Strike and Heera (a second Channel devoted to Indian films and series) would be discontinued as separate services, and that their content would be merged into the main Prime Video library at no additional charge.

In June 2018, it was announced that Amazon had secured the UK rights to broadcast 20 live Premier League football matches from the 2019–20 season on a three-year deal. This will be the first time that the league will be shown on a domestic live streaming service, as opposed to being shown exclusively on television.

Amazon Studios owns global television adaptation rights to The Lord of the Rings, which will air on Prime Video.

Also Read – APPLE Airpods Pro Issues will be replaced for 0$!!