PUBG Mobile Again Banned? Will It Come Back In India 2020? New News!

PUBG Mobile was one of the apps banned by the Indian government long back but the servers were still working and were in a playable condition. There was an update rolled out by the developers at the time when PUBG Mobile was removed from the PlayStore but still some players downloaded the APKs and OBBs from certain websites, apps or servers.

As per the post on Facebook by the official PUBG Mobile handle, all the services in India will stop working from 30th October 2020. This means that the transactions will stop and the servers will stop working unless a VPN is used which perhaps is an illegal way of opening the app. 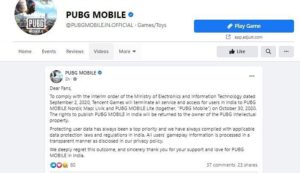 Will PUBG Mobile Be Still Playable In India?

However the Global Version of PUBG Mobile is banned  there’s a version called KR Version or Korean Version of PUBG Mobile which is still not banned and may not also be ever banned because none of their stocks belong to the Chinese companies. The accounts made in KR PUBG are totally different from the Global Version so there’s no chance of shutting down of accounts or banning of accounts. Also, the servers are Asian so the Ping/Latency won’t be affected much and the Asian lobby played by current Indian Global Version players can be played by the KR Version players. So technically PUBG Mobile is still playable but all the money which people had invested in skins in Global Version would most probably not be refunded. 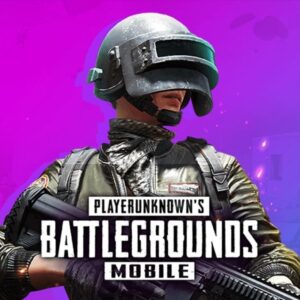 There are rumors which may also be true, Krafton PUBG will be launching a version like KR Version dedicated to the Indian audience. This is kind of expectable because PUBGM has a great great audience in India and who’d even think of losing such big market and income opportunity.