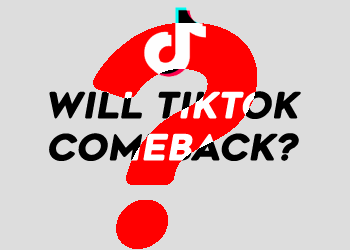 TikTok Is Making A Comeback In New Form?

TikTok and more 58 Chinese were banned due geo-political reasons recently. This ban costed every Chinese app a big amount of loss, TikTok suffered a loss of almost $6 Billion Dollars. Many Indian remakes of TikTok were made after the ban. TikTok is now taking efforts and searching for Indian investors so that they can get back into the greens.

TikTok Taken Over By Jio?

This can happen because recently Mukesh Ambani the owner of Reliance made lots of investments in very many areas. Taking over TikTok would be the best thing they could do for getting a huge amount of clout and this all way round supports VocalForLocal which is important in the recent era. Jio is a growing platform now it is not only a telecommunication service, they’ve gone farther and now they’re in search of great clout which’d help them get India on the table top. TikTok with Jio would be the greatest collaboration which nobody would’ve ever expected.

ByteDance(Parent Company of TikTok) won’t sell such a pre-eminent app, they had earned a lot out of it. The loss the suffered is nothing with comparison with their earning. Twitter and Microsoft might get partnered with ByteDance to get TikTok out of the title “Chinese” (Not Being Racist) but that too won’t change the principle that the policies are to be changed because that was the main motto of banning TikTok.

Will TikTok Come Back?

The short and expected answer is Yes, TikTok can come back but with lot of changes. TikTok was banned because of the privacy issues and not only for its Chinese origin. Microsoft, Reliance and Twitter are trying to acquire a partnership with ByteDance(Parent Company of TikTok). Even though they succeed in getting partnered the app would change a lot, like the content moderation process and the choice words will be altered. Recently PUBG Mobile changed their privacy policies, in the same way TikTok can make a comeback by changing the policies and content related rules.