VALORANT is your global competitive stage. It’s a 5v5 tac-shooter matchup to plant or defuse the Spike in a one-life-per-round, first to 13 series. More than guns and bullets, you’ll choose an Agent armed with adaptive, swift, and lethal abilities that create opportunities to let your gunplay shine. Creativity is your greatest weapon. 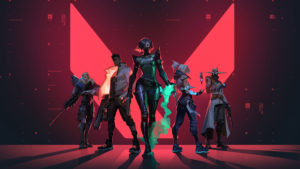 Valorant has recently been the best game in 2020, though people call it the combination of Overwatch and CounterStrike it is a good game to play. They’ve sponsored gamers all over Twitch and YouTube. Streamers in India from GlobalESports and other individual streamers like HydraFlick, Ankkita C, Xyaa, Tbone, Sikhwarrior and many more to make their infrastructure strong in here.

At this time, Valorant is only set to release to PC, at least for now. We don’t have any precise details if the company plans to convert the game’s playstyle and setting to Android or iPhone devices. With Valorant being a newly announced game, it’s understandable Riot is taking its time to bring it to every platform out there, if it plans to expand it at all.

Just like PUBG MOBILE, Valorant will take some time to get launched but beta versions will come out in a year or 2 but that won’t run on normal phones, Gaming Phones would be the best performance wise. Valorant has potential to grow in India as Apex Legends did, but because of PUBG MOBILE, Valorant might get a little bit late and low response in India. 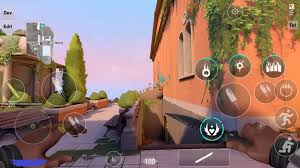 All the videos/articles which give APKs for Valorant Mobile are just fake impressions of it and 99% of those won’t work, some of them might take information from your devices leading to some kind of harm so don’t download any such APKs unless it is available on Official VALORANT webpage.

The game is still in BETA kind of state and launching it for other devices without making it stable on the original would be stupid so it might take some time. Riot Games is a good company, other game well known from Riot Games is League Of Legends which is also probably most played game in the genre of games like Dota and Dota 2, is available on iOS and Android devices so we know they can do it and they will.