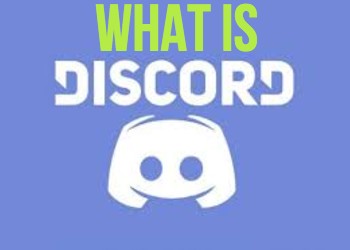 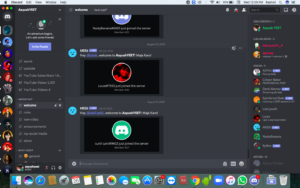 Though there are a lot of free communication programs online, Discord stands out thanks to its wide array of chat options. It combines all the best features of more commonly used programs, such as Skype and Slack, with an easy-to-use interface. A voice chat program wouldn’t be much use if it slowed down your games while you’re using it, so the team making Discord is dedicated to making it as efficient as possible.

DISCORD IS USED FOR?

Ans- DISCORD – CHAT FOR GAMERS is an app designed to help gamers talk to each other in real time. While playing a game on their device, users can log into Discord and enter a group chat with one or more other gamers so they can talk while they play.

You can control every aspect of who can message you, nsfw image safety levels, and even what content is allowed in your server (with bots). Discord may not seem safe to you looking at what has happened or could happen, but that falls on you as a user.

Discord gained popularity with the alt-right due to the client’s supporting anonymity and privacy. Analyst Keegan Hankes from the Southern Poverty Law Center said “It’s pretty unavoidable to be a leader in this [alt-right] movement without participating in Discord”.

In early 2017, CEO Jason Citron stated Discord was aware of these groups and their servers.Citron stated that servers found to be engaged in illegal activities or violations of the terms of service would be shut down, but would not disclose any examples.

Following the violent events that occurred during the Unite the Right rally in Charlottesville, Virginia, on August 12, 2017, it was found that Discord had been used to plan and organize the white nationalist rally. This included participation by Richard Spencer and Andrew Anglin, high-level figures in the movement.

Discord responded by closing servers that supported the alt-right and far-right, and banning users who had participated. Discord’s executives condemned “white supremacy” and “neo-Nazism”, and said that these groups “are not welcome on Discord”.

Discord has worked with the Southern Poverty Law Center to identify hateful groups using Discord and ban those groups from the service. Since then, several neo-Nazi and alt-right servers have been shut down by Discord, including those operated by neo-Nazi terrorist group Atomwaffen Division, Nordic Resistance Movement, Iron March, and European Domas.

Such actions are against Discord’s terms of service and Discord has shut down servers and banned users identified from these servers, but the ease of creating new accounts and servers allows such servers to continue to proliferate.

In March 2019, the media collective Unicorn Riot published the contents of a Discord server used by several members of the white nationalist group Identity Evropa who were also members of the United States Armed Forces. (concern- wikipedia)